Mike Delaney, singer-songwriter and “legend in his own mind”, got back into music in 1997 and attended WUMB’s Summer Acoustic Music Week (SAMW) for the next 20 years where he honed his skills as a songwriter, musician, and performer.  He was honored by Neal to host ROM and gave it his all for the first 10 years. He has written several hundred songs, “some of which don’t suck”, and has put out four solo albums, one with the former group, New England Weather, and has played mando on several other albums. In fact, playing mando is one of the biggest joys of his musical life. He’s now retired and lives in the Boston area with Joan, his wife of 45 years. 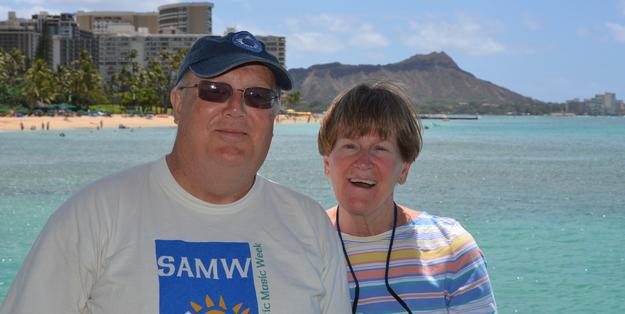 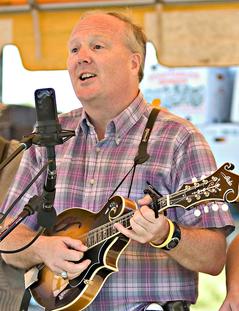 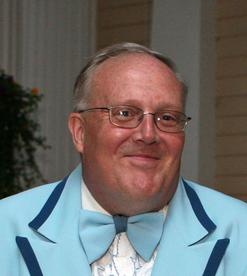 From the perspective of Mike Delaney

The thread that led to Roslindale Open Mike (ROM) began around 1994 at Java Jo’s coffee shop in East Milton Square, a cozy little establishment, owned by Vance Welch, who now owns both Abby Park and Novara restaurants in East Milton Square. Mark Purcell, a local singer-songwriter, approached Vance and proposed having an open mike, because everyone knows that coffee and live acoustic music are a great fit. When Mark grew tired of running the open mike he handed it off to guitar legend Steve Rapson, who eventually handed it off to Ana Eder-Mulhane. David Jackson refers to Ana as “the Mother Theresa of Folk” and in my “Hey Java Jo’s” song, I refer to Ana as “the sweetest host”, and I think all would agree.  Ana’s open mike was the most welcoming place you could imagine.

I learned about Java Jo’s one morning when WUMB had a live broadcast from there, featuring Vance Gilbert. I started playing at the open mike in November 1997 and played there almost every week for about five years.

When Vance opened Java Jo’s II in Jamaica Plain, I asked him if I could have an open mike there, and we had several great years, but Vance eventually closed the open mike down. After that, the East Milton Square Java Jo’s had a fire and Ana’s open mike moved to Jamaica Plain, where it ran until 2009 when it, too, closed.

Along the way, Neal Braverman, our dear leader, became a regular at Java Jo’s. Another Java Jo’s regular was Jimmy Dorr. Jimmy started an open mike at the River Street Grille in Hyde Park. That open mike eventually moved to Emack & Bolio’s in Roslindale Square. Jimmy handed it over to Carlyn Hutchins, but Emack & Bolio’s got a new owner who shut down the open mike.

Neal wanted to continue to have an open mike in Roslindale, so he arranged to start one at the Roslindale Congregational Church. He asked me to be the host and Roslindale Open Mike (ROM) went into existence in January 2009. Neal’s vision, which continues strong after nearly 10 years, is for a welcoming, listening room that is accepting and free for all. In our 10th year we needed to move to a new location, and The Boston School of English has been a gracious, welcoming host since January 2018.